Submission by Publa101 from New Jersey

Behind the Scenes / Book 4 / Legend of Korra / Release Date 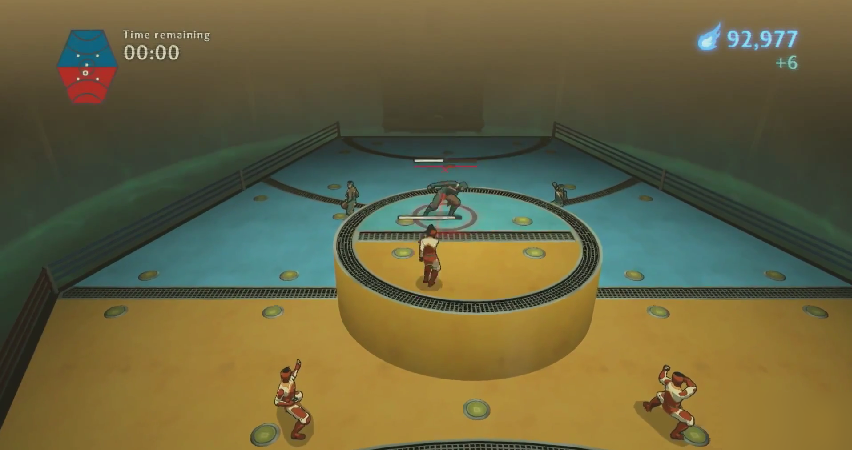 The highly anticipated Legend of Korra action game from Platinum Games finally has a release date. Get ready to mark your calenders for the following corresponding console systems:

Watch IGN take a seat with the creators Mike DiMartino & Bryan Konietzko as well as voice actors Janet Varney (Korra) and David Faustino (Mako) as they discuss the video-game, Book 3's finale, and the upcoming Book 4! Additionally, the video features some spectacular gameplay and in-depth look at some of the aspects of the game. 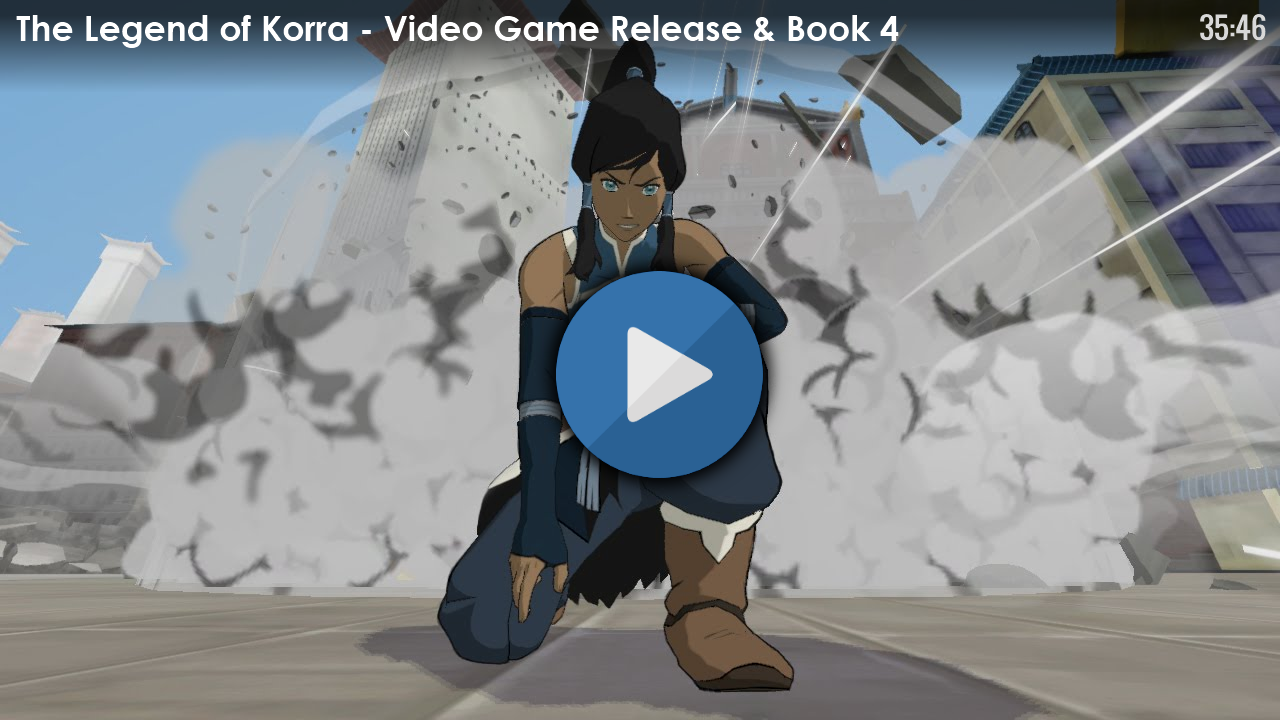 Behind the Scenes / Comic Con Panel / Legend of Korra / Videos 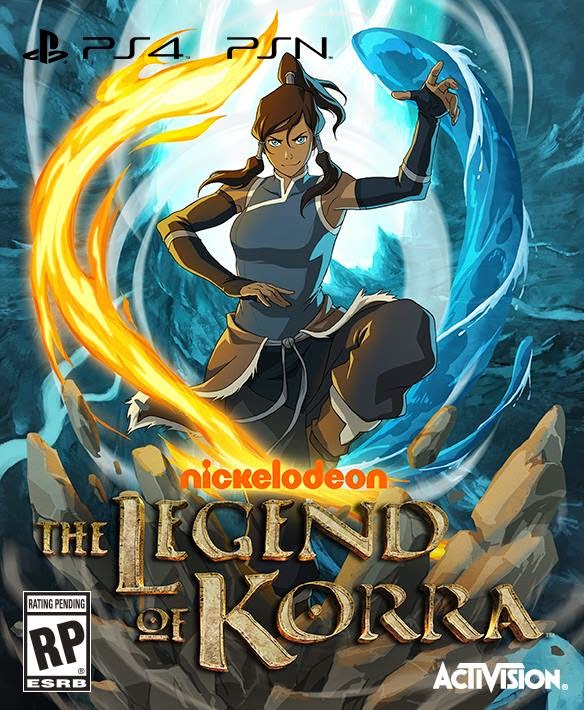 Platinum Games recently announced their interest towards developing a Legend of Korra action game for main-stream gaming consoles. Talks spread across the board amongst Nickelodeon and Activison, and before long, the game was already deep into process of becoming a reality.

The directors from Platinum as well as Activision decided to debut some details regarding the video game at this year's San Diego Comic Con. Teaming up with IGN, they were able to execute a presentation, which included game-play and a first-look, as well as discuss what is held in store for fans who will be purchasing the game.

While a definitive release date has not been decided of now, it is confirmed that the game will be releasing this fall. The supported platforms are Xbox One, Xbox 360, Playstation 4, Playstation 3, and PC. Watch the presentation below, which includes gameplay, a first-look, and an exclusive interview from the directors. 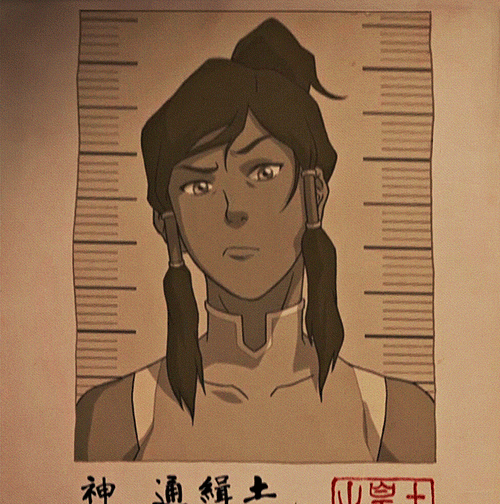 These past few days have truly been what Book 3 is all about — Change. Major announcements have been delivered back-to-back including the transition of Book 3 to digital presentation rather than on-air television. Up until it was explained more thoroughly at the comic-con panel, there seemed to be much confusion on how the remainder of the season would go about.

To reiterate from a previous article, the remainder of Book 3 will be premiering online only, through select partner platforms including Amazon, Google Play, Xbox, Hulu, Nick.com, and the Nick App. Below is the schedule and timings for the last five episodes of Book 3: Change.

@AvatarBlogger plan is for them to go live Fridays at 12pm EST
— Nickelodeon (@NickelodeonTV) July 26, 2014

Check out some of these awesome links and videos regarding The Legend of Korra at SDCC 2014! 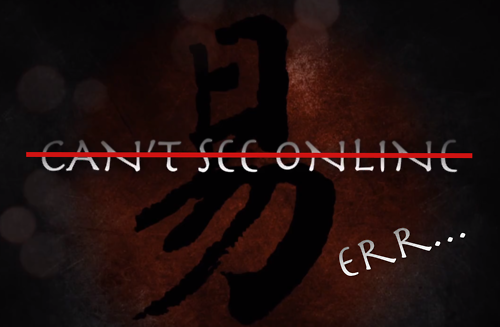 Yes. It is official. Book 3: Change has officially been moved to digital presentation. After this Friday's premiere of The Terror Within at 8/7c, the remaining 5 episodes of the season will be aired online only.

Starting August 1st, the supported platforms including Amazon, Google Play, Xbox, Hulu, Nick.com, and the Nick App will be some of the only places where new episodes will premiere. As of now, Netflix is NOT part of the list. Also to confirm many people's confusion: YES, Book 4 is still going to be releasing.

*Watch: The Legend of Korra Game Demo presentation with gameplay.

Here is the official statement released by KorraNation regarding Book 3.


Hey Korra Nation! Phew. Some of you may have heard versions of this news elsewhere, but here’s the official word. After this Friday’s on-air premiere of Episode 8 “The Terror Within” at 8/7c, all remaining Book 3 episodes will move to a digital rollout. That means two things: 1) Korra is NOT cancelled, 2) the remaining episodes will roll out weekly on Nick.com and the Nick app beginning August 1, as well as on platforms like Amazon, Google Play, Xbox and Hulu.
Thousands of you have been asking to watch this incredible show online, so hopefully this news works in your favor. Mike and Bryan created a breath-taking season for us all…so get ready to watch it all go down!!!
Thanks for being the BEST fans in the industry and see you at Comic-Con
— via KorraNation


Be sure to connect with us on social media to stay updated on Korra!